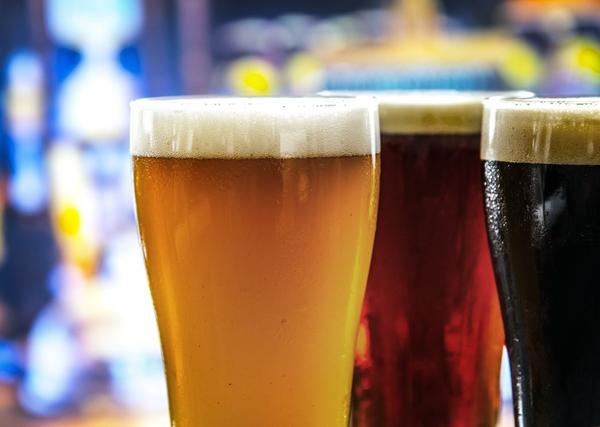 Let Me Introduce You To Your 5 New Favorite Beers to Brew (and drink):

Oh ho man, one of my all time favorite recipes… the Ol’Durty!  She is a golden ale, which in my opinion is just a Durty Blonde, so hence the name Ol'Durty!  In essence it is an English Pale Ale.  A very delicious and easy drinking any time beer.

Well as the saying goes, blondes have more fun.  And I can assure you that this beer lives up to her name.

This is a very nice light beer.  For those of you who are new to home brewing or who like lagers, this is the Ale that I recommend you try.  Its a big hit in my brew pub, probably our biggest seller.

Ole Cousin Jimmy…  this is what I refer to as more of a traditional IPA.  Meaning it is more what an IPA should be like in my personal humble opinion.  It leans more towards how the British IPA’s originally were brewed.

This IPA is very smooth and tastes great, it is not as hoppy or as bitter as many of the more modern IPA’s are.  As far has home brews goes it is definitely one of my top 5 favorite that I brew and it has many raving fans at my pub.

This dry Irish stout is by far one of my favorite home brewing recipes.  If I am honest I love a Guinness dry Irish stout and I tried for years to duplicate the recipe.  This is as close as I came to duplicating it and I have now stopped modifying the recipe.  I like it as it is.  Its much higher in ABV then a Guinness coming in at 5.5% but you will not notice that in the taste, it is as creamy and smooth as the original.

Coming in last BUT not least is my Irish Red Ale named after my younger sister… Aka Sister Sarah!

As far as favorite beers go in my pub… the more fun blonde maybe the best seller, but the Sister Sarah Irish Red Ale gets the highest ratings on untapped.  It’s a excellent beer, and if you love red ales, you will love this home brew!